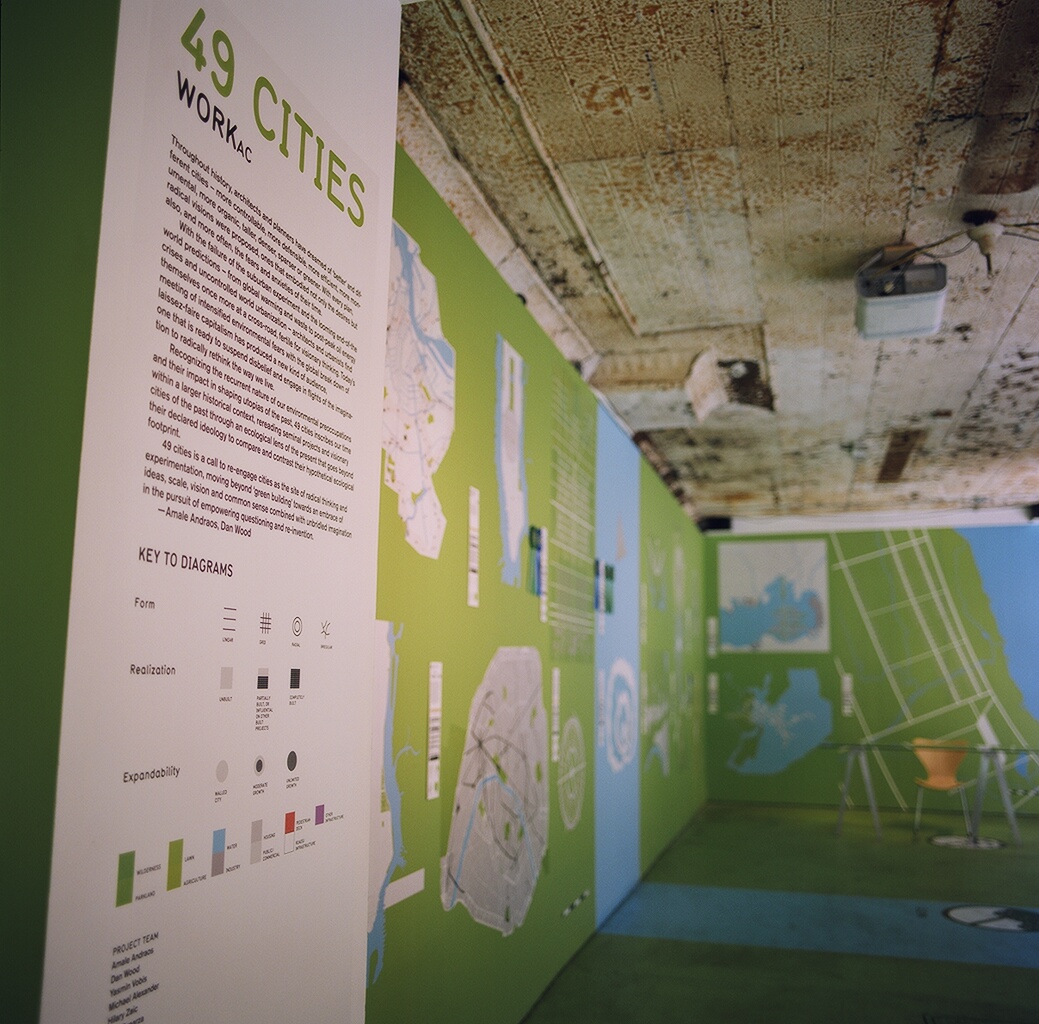 Discussion with Dan Wood and Amale Andraos of WORKac and Michael Webb from Archigram.

“What was the proposed population of Superstudio’s Continuous Monument? What would the density of Rem Koolhaas’ Exodus plan for London have been had it ever been realized? How would they compare in scale to Kenzo Tange’s Tokyo Bay project, or to Corbusier’s Ville Radieuse? Which of the two would have contained more green areas? 49 Cities sets out to crunch the numbers of several centuries of unrealized urbanism, all the way from the Roman city to the great utopian projects of the 20th century. Through plans, sections, diagrams, charts and scale drawings, 49 cities are observed statistically and presented in an unprecedented comparative study, the result of a research project conducted over several years. Despite the fact that they never actually existed, this history of utopian urbanism provides a remarkable insight into our understanding of the contemporary metropolis.

“Throughout history, architects and planners have dreamed of ‘better’ and different cities – more controllable, more defensible, more efficient, more monumental, more organic, taller, denser, sparser or greener. With every plan, radical visions were proposed, ones that embodied not only the desires but also, and more often, the fears and anxieties of their time.

With the failure of the suburban experiment and the looming end-of-the world predictions – from global warming and waste to post-peak oil energy crises and uncontrolled world urbanization – architects and urbanists find themselves once more at a cross-road, fertile for visionary thinking. Today’s meeting of intensified environmental fears with the global break down of laissez-faire capitalism has produced a new kind of audience, one that is ready to suspend disbelief and engage in flights of the imagination to radically rethink the way we live.

Recognizing the recurrent nature of our environmental preoccupations and their impact in shaping utopias of the past, 49 cities inscribes our time within a larger historical context, rereading seminal projects and visionary cities of the past through an ecological lens of the present that goes beyond their declared ideology to compare and contrast their hypothetical ecological footprint.

49 cities is a call to re-engage cities as the site of radical thinking and experimentation, moving beyond ‘green building’ towards an embrace of ideas, scale, vision and common sense combined with delirious imagination in the pursuit of empowering questioning and re-invention.”

Uploaded by StorefrontArchive on September 13, 2019